Some Oxford based business case uses of 360 Video 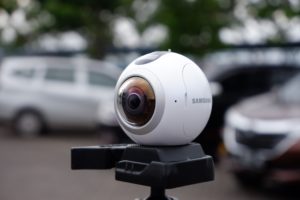 Believe it or not, there are some viable business case uses for VR and 360 video. But of course I would say that.

Let’s start with why you should not consider it and then we can concentrate on where it could be useful. Before we start, here is an example of a 360 video. Use your mouse to scroll around:

– Do not use it because it’s available. 360 video or VR would look too much like a gimmick if not used usefully for the markcomms purpose you want to use it for.

– Do not use it if it doesn’t suit your purpose. There are no cuts, controlled close ups or mid shots. This is a wide shot at the extreme end of wide shots and it will only get an audience if 360 video lends itself to what you are trying to market.

– Definitely do not use it if you are filming your e.g. warehouses and they look grubby!

Here are some recent business case uses we are working on:

In short, only use it if you can see people engaging with the video and being enticed to. If you don’t think you would if it was sent to you, why would anyone else?

Some Oxford based business case uses of 360 Video