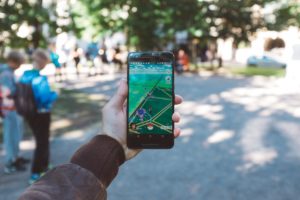 Augmented Reality is transforming tourism. Virtual Reality is as well but Augmented Reality is set to take centre stage according to recent research by Bloomberg. It’s largely because the public still want to feel like they are in control rather than completely immersed. They want to see the world around them as well as have something else on top. That is, to augment their reality. Tourism is an ideal space for Augmented Reality to be used on.

Imagine: you’ve got your headset on at the National Gallery/National Trust Property/ wherever else and as interesting as it could be, it won’t be as interesting, engaging or interactive as an AR application. Can you imagine pointing your phone or the hosts iPad at a picture or a part of a room and seeing pictures/facts/figures superimposed on top of the object or to the side? It could be video. It could be a timelapse of what the building used to look like over the ages to what it is now. It could be an animation. It could be the artist that painted the picture and various facts about him. It could be anything..and it could be interactive. Clickable content which not only increases engagement but would have people wanting more.

This is not a question of whether or not this is going to happen. It’s already happening in some museums. New Yorks Modern Art Museum has implemented AR peices and it was a roaring success.

Get in touch and let us show you how it can impact your audiences relationship with your event, exhibition or space.